Die Stamping 101: What is It, How Does It Work and Why Do You Need It?

Of that growth, 60% will come from the Asia-Pacific (APAC) region.

One of the key drivers behind this upward momentum is unprecedented innovation in the machine tools market. 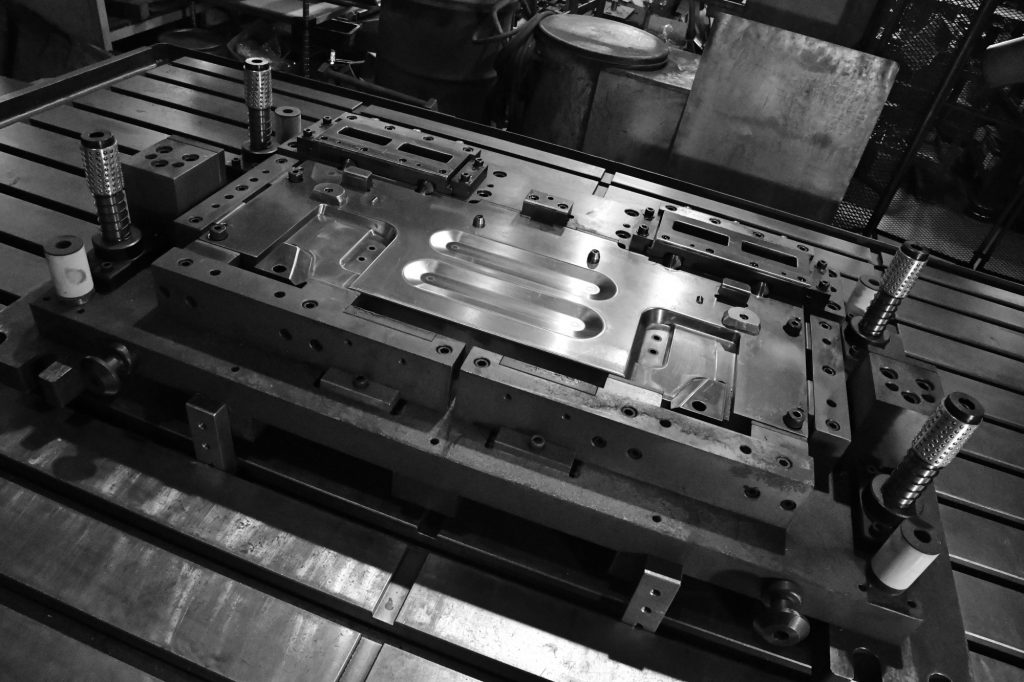 As manufacturers continue to expand the way they leverage and manipulate sheet metal, they’re turning to cost-efficient and accurate machines that can help them get there.

This is where die-stamping comes in.

In short, this is the process of using a die to cut and form sheet metal into a specific shape or profile.

Today, we’re looking at the basics of this operation, how it works, and why it’s a necessary component of your manufacturing process.

What is Die Stamping?

Think of a coin without anything on it. There is no inscription, nor is there an image.

In this case, what you have is a metal blank. It’s a piece of sheet metal devoid of manipulation or change.

Die stamping involves using a special machine called a die to form, trim, flang, emboss, pierce or restrike that metal blank, turning it into a new design. In most cases, the metal blank is comprised of steel sheet metal.

This process has been around in some form since the dawn of the metal age, when civilizations used iron hand tools to mint their own coins, leveraging the rudimentary mechanisms to stamp silver, bronze, gold, or precious metal alloys.

The automotive industry is often associated with the die stamping process, chiefly because there are many components in a single vehicle that manufacturers can create from steel alone. Need an example? Take a look at your hood or fender. That was created via metal stamping.

Other industries may substitute plastic for sheet metal, depending on their use case requirements. While the price point of plastic molding is lower, steel molding is often preferred. This is especially true in the automobile industry, where metal is the only material durable enough to pass rigorous safety and stability tests.

A stamping press consists of two main parts: the upper half and the lower half.

With the press set to the open position, an operator will insert a sheet metal blank between the two halves. The important step is to ensure the area around the press is clear before proceeding.

With safety confirmed, the operator can press a button, powering the ram to impact the base, stamping the metal in the process. Though the process relies on gravity, it is controlled and methodical.

The Role of the Die

While a sheet metal press is a complex machine on its own, it often acts as a carriage for other mechanisms, including stamping dies.

These are machines that fit neatly inside the press and fasten to it. They’re designed by a product manufacturer to turn the metal into a predetermined design.

Like the press itself, a die has both an upper half and a lower half. The upper half mounts securely to the press ram, while the lower half of the die mounts to the base.

While a die operates in a simple fashion, it is far from uncomplicated. In fact, a die can include hundreds to thousands of components depending on the end product desired. Moreover, it requires a specialized technical skill to design one, as the shape itself isn’t the only factor.

The designer will also need to consider the pressure exerted in the die stamping process and how this will affect the final product. It isn’t enough to create a circular die and expect to stamp the metal into a circle.

Rather, the design must also account for the stress or pushback that the machine exhibits and the weight of the impact itself.

What Can Dies Do?

In general, a die can perform one of two functions. It can either cut metal or form it into shape. Many machines can do both. Let’s take a high-level look at both.

Cutting is the primary function that a stamping die performs. The most common cutting activities include:

Positioned between the upper and lower halves of the die, the sheet metal severs as the two edges move past one another. There is a small gap between the dies known as the cutting clearance.

The cutting clearance adjusts depending on the edge condition desired by the specific cutting operation and the metal properties. Manufacturers will often express the clearance as a percentage of the overall metal thickness.

Once cut, the metal edge includes two portions. The shiny portion is the cut band, also called the shear. The duller portion is the break line or fracture zone.

Forming dies are designed to turn a piece of metal into a desired shape and function.

Some of the most common types of forming dies include those intended for the following purposes:

These work by exposing the sheet metal to compression, tension, or both.

As such, a successful process depends upon the metal’s mechanical characteristics. It must stretch and compress within the limits provided, or irregularities and defects can occur. The metal must also be strong enough to support the part’s required function.

Within forming operations, the male portion of the die is known as the “punch,” while the female portion is called the “cavity.” The specific layout and design of the punch and cavity will vary among forming die used.

Dies can be classified into three production methods: single-station, progressive, and transfer. Let’s review each.

Single-station dies are normally reserved for a low-production operation that involves a hand-fed cutting or forming process.

Conversely, progressive dies are more common and are recognized as being a quicker way to produce multiple piece parts.

They’re ideal for operations that need to manufacture many small pieces in a short timeframe, as you can perform myriad cutting and forming operations simultaneously.

To ensure speed and agility, the progressive stamping line centers on a single die set complete with all the stations needed to cut and form the part.

These machines are appropriately sequenced and timed to ensure that each piece of metal feeds into the machine at a set interval, with a given distance between each feed. That distance is the progression or pitch.

As the metal part moves and progresses through the die in the press, each station does its own job of cutting or forming it according to the sequence.

The original coil or strip contains each stage of the part. These parts are tied together via a portion known as the strip carrier. Ultimately, one singles stroke of the press can create multiple stages, including lefthand and righthand halves.

Depending on the quantity created, progressive die stamping can save manufacturers money based on speed and efficiency alone.

Operators refer to the space that the part must travel between each station or die as the “pitch.”

Rather than relying on a feeding mechanism to move the metal through a series of stations, transfer dies use traveling rails to transfer the piece along and through the press. This mechanical transport system mounts on the boundaries of the press.

In many cases, transfer die stamping is more cost-effective and flexible than progressive stamping. It’s also well-suited for intricate designs that feature elements such as cut-outs, knurls, ribs, or threading, as you can weave these into existing operations without adding secondary functions at an extra expense.

Both progressive and transfer die stamping methods are heavily utilized within the automotive, locomotive, electronics, medical and agricultural industries for various uses.

Are you looking to incorporate metal stamping services into your operations to make them more effective, affordable, and accurate?

We’re experts in the field of high-precision tool and die stamping, and we’re ready to partner with manufacturers like you. From ordering and production to quality assurance and delivery, we oversee every step, so you don’t have to.

Contact us today to learn more about what we do. We’ll put you on the fast track toward optimization and success. 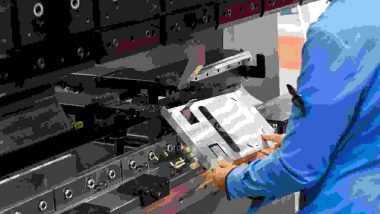 Die Stamping 101: What is It, How Does It Work and Why Do You Need It?